Know Your Genre: Tips and Secrets from the Experts for Writing Bestselling Genre Fiction

Romance with a side of horror?

Happens in real life—oy!—but not such a hot idea in fiction.

Cozy mystery with a soupçon of blood and gore?

Only if you want readers coming after you with shoulder-fired missiles.

Sci-fi in a gauzy, vintage-y mood?

Not unless you want to find an IED in your driveway.

Genres come with rules that create guidelines for writers—and set up expectations in readers. Break those rules, disappoint those expectations and the reaction will be a polar vortex of one-star reviews.

You can’t build a house without a solid foundation, so before you start playing around with wildly inventive and creative genre mash-ups, you first need to learn to stick the landing.


Julie Ann Lawson provides an excellent overview of genre—Julie calls it a cheat sheet—defining the do’s and don’ts of genres and sub-genres ranging from Survival Horror and Christian Fiction to Gothic Punk and Urban Fantasy.

Note from Anne: The terms YA (Young Adult, age 12-18) MG (Middle Grade age 8-12) and to a certain extent, NA (New Adult, age 18-25) define demographics, not genres. Almost all these genres can also be written for specific age groups (Although I wouldn't recommend MG Romance.) For more on the New Adult category see Chuck Sambuchino's piece for Writer's Digest.


Here's a list of some of the most popular genres with links to expert advice on how to write them:


Over half the books sold in the US are categorized as Romance. It’s the Big Mama of genres, competitive and potentially lucrative.

Romance University is Harvard for romance, useful to beginners and advanced students alive. Professors (successful romance writers and editors) tell all about how to write and how to market romance. (And it's FREE!...Anne)

We’ll stay in the Ivy league with Everybody Needs A Little Romance, a group blog written by romance writers who share their opinions and insights, their triumphs and—sometimes—their tribulations. Romance writers, it turns out, are just like us.

Contemporary Romance, a chapter of RWA (Romance Writers of America) is devoted to the writing and marketing of contemporary (as opposed to historical) romance. Pros who write in genres and sub-genres ranging from “spicy to inspirational to young adult to adult” keep readers and writers informed and up to date via discussion forums and workshops. (This site requires RWA membership, but if you're a Romance writer, RWA membership is well worth the price...Anne)

Have a good time and learn at Romance Divas an award winning, website and discussion forum dedicated to romance.


Anna Quindlen, Anita Shreve and Jodi Picoult are among the stars in a genre that can also merge/morph into Mainstream Fiction or Literary Fiction.

Screenwriter and novelist, Paul FitzSimons, states that of all the major genres of fiction-writing, crime, fantasy, literary, comedy, sci-fi, erotica (thank you EL James for making it okay to include that last one) – the most popular and successful is women’s fiction. Paul has pulled together a list of useful links for women’s fiction  authors.


Think Bridget Jones Diary, Sex And The City and The Devil Wears Prada. Chick Lit, breezy and humorous, is written in the first person and is about 20- and 30- something women living in a big city. A Chick Lit novel is about relationships—romantic and otherwise—as the heroine searches for a job, a boyfriend, an identity.

Will Write for Shoes: How to Write a Chick Lit Novel, by an author of chick lit, offers advice and a step-by-step method for writing the savvy and sassy chick lit novel.

While a romance novel usually ends with a wedding or a promise of one, a chick lit novel can end with the heroine having pink drinks with her girlfriends, dissing Mr. Wrong.

Note from Anne: Chick Lit is a bestselling genre that has found new popularity in the age of ebooks, but it was out of fashion for a few years. I see that Publisher's Lunch calls it "Rom-Com" rather than "Chick Lit" when talking about book deals—short for "Romantic-Comedy." So if you're querying Chick Lit, you might want to call it "Rom-Com" unless the agent specifically asks for Chick Lit.


Cormac McCarthy and Michael Ondaatje come to mind as authors of literary fiction. Literary Fiction tends to focus more on character than plot although—because characters interact and events take place—LitFic does have plot.

The prose in LitFic possesses aesthetic value, and the theme(s) and emotions are layered, complex and serious.

Like other genres, Literary Fiction defines itself through cover design, titles, book formats and shelving. In addition, there are four characteristics that make Literary Fiction a distinct genre.

At Heroes And Heartbreakers, Larissa Benoliel defines the difference between these two popular genres.

Award-winning author Jami Gold is a go-to guru in PNR and UF. She conducts workshops and offers tips, tricks and tools for writers. Jami mixes in “elements of suspense and women’s fiction to create ‘Beach Reads with Bite.’ Her stories range from dark to humorous, but one thing remains the same: Normal need not apply.” (And she's going to be our guest in August!...Anne.)


From Hunger Games to Divergent and Susanne Collins to Veronica Roth, this is a hotter-than-than-hot genre. In YA Dystopian fiction you’ll find reading lists, reviews and expert analysis.

Here’s pro advice from YA authors Lauren DeStefano and Moira Young on writing dystopian fiction and 5 more tips from "Miss Literati" about pushing the envelope in this wildly popular genre.

Ron Lovell, author of The Martindale Mystery Series, sweats blood. Not really but sort of, as he tells how to write a mystery.

Susan Spann, an attorney and author of the Shinobi Mystery series, says that “mystery novels work a lot like any other genre, except that mystery writers murder their imaginary friends.” Susan lists 25 things you need to know about writing mysteries.


The author Agatha Christie and TV’s Murder, She Wrote mean “cozy” to millions of fans who are looking for mystery sans graphic sex, profanity and violence.

Lynn Farris delves into the specifics that distinguish a cozy mystery from a classic mystery. Find out everything a writer needs to know about this popular genre as Lynn analyzes elements including cover, protagonist, audience, setting, and plot.

Author Stephen D. Rogers has written a useful run-down of characters, plots, setting and the exceptions that define the cozy mystery. Stephen also adds a list of resources and markets relevant to authors of cozies.

The Cozy Mystery List adds to the information about the genre and recommends books, DVDs in this increasingly hot genre.


We’re in James Bond territory here. The thriller revolves around around anticipation and suspense, action and excitement. Unlike a mystery in which a crime must be solved, in a thriller the hero/heroine must prevent the crime from being committed or the dastardly plot from going forward.

Ian Fleming discusses the line between fact and fiction in a thriller and describes the nuts-and-bolts of his writing process.

Mystery novelist and college professor Margot Kinberg discusses the wide range of this genre, its diversity, history and current status on her blog, Confessions of a Mystery Writer.

CrossBooks, a publisher of Christian Fiction, reaches out to authors and lays out guidelines for writing Christian Fiction with realistic characters confronting gritty issues like abuse and alcoholism.

Stephen King shares some thoughts about the craft of writing horror.

The NaNoWriMo site has interesting facts about iconic Western towns like Tombstone and the dangerous perils of six-shooters plus more tips for writing a Western.


Noted sci-fi/fantasy author and teacher, Jeffrey A. Carver, a Nebula Award finalist and developer and host of the educational TV series, Science Fiction and Fantasy Writing, has created an on-line course, how to write sci fi/fantasy. “There are no rules, exactly,” says Jeff. “But we do have what you might call guidelines. And that's to have fun writing!”

Award-winning sci-fi author, Massimo Marino, takes a scientist’s approach to sci-fi. Massimo, who worked at CERN—an international lab for particle physics research near Geneva, Switzerland—then at the Lawrence Berkeley National Lab as well as with Apple Inc., and the World Economic Forum, has created a useful and entertaining Guide For Down-And-Dirty Hairy-Knuckled Sci-Fi Writers.

Roz Morris, author, editor, bestselling ghostwriter and book doctor, shares 3 tips for writing watertight fantasy, science fiction and time travel stories. Roz talks about the roles of logic and magic and illustrates her points by discussing mistakes she herself made and how she corrected them.

There are dozens of subcategories of SciFi/Fantasy, too many to go into here. Some are: Steampunk (The Anubis Gates, Homunculus) Space Opera (Dune, the Foundation Trilogy), Hard SciFi (I, Robot), Epic Fantasy (Lord of the Rings, Game of Thrones), Cyberpunk (Neuromancer), Speculative Fiction (A Handmaid's Tale, Brave New World) and Time Travel (The Time Machine—not to be confused with Time Travel Romance like Somewhere in Time or Time Travel Women's Fiction like The Time Traveller's Wife.)

Genres and sub-genres help readers find books and writers need to understand the conventions of his/her chosen genre to write satisfying fiction. Ignore the rules of genre at your own peril!

What about you, Scriveners? Do you set out to write in a particular genre, or do you write books first and ask questions about genre afterward? Do you write cross-genre work that you find hard to place in traditional publishing categories? Have you ever set out to write in one genre and had the book turn out to be another?

A Kiss at Kihali--sweet romance set against the backdrop of African animal rescue
A must-read for animal lovers. 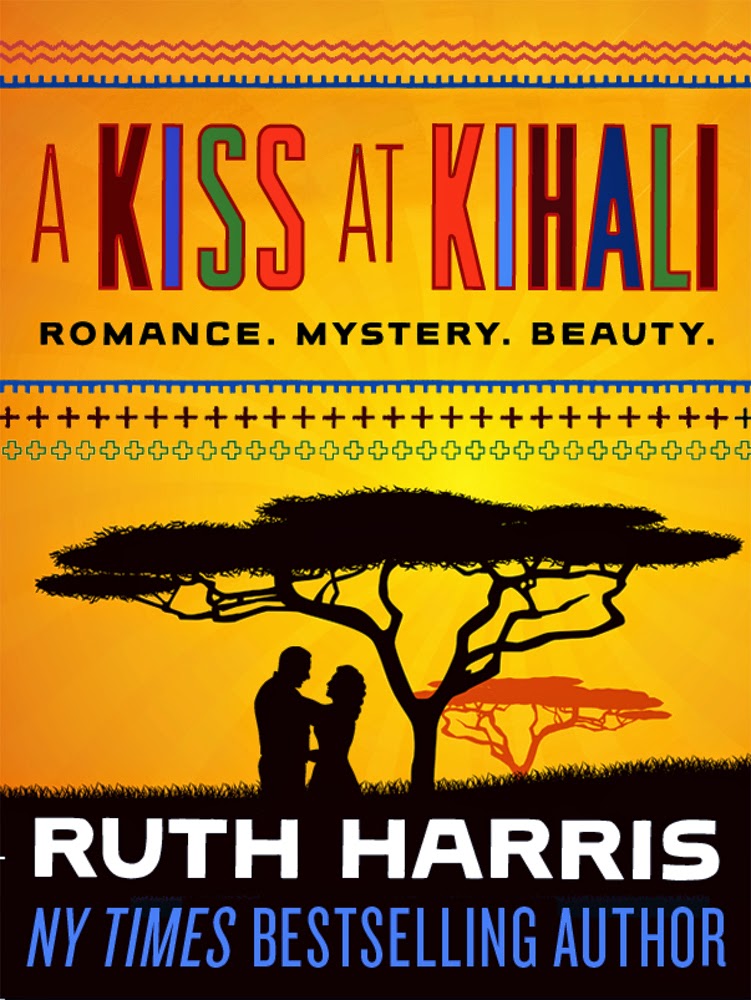 Coming up on the blog

June 1st: Anne will talk about how to launch a new book in the digital age.

June 8th: Nina Badzin: social media expert and freelance writer: regular contributor to Brain, Child, Kveller, and the HuffPo. Nina will talk about what happens when you realize you like blogging more than working on your novel.

Drue Heinz Literature Prize for a collection of short fiction and/or novellas. Prize of $15,000 and publication by the University of Pittsburgh Press. Author must have been previously published in print journals. Deadline June 30.

WRITERS VILLAGE SUMMER SHORT FICTION CONTEST $24 ENTRY FEE. $4,800 First prize. Second prize $800, third prize $400 and 15 runner up prizes of $80. The top 50 contestants also get a free critique of their stories. Judges include Lawrence Block, a Grand Master of the Mystery Writers of America, and Jill Dawson, Orange and Whitbread-shortlisted author of eight novels. Winning stories showcased online. Any genre of fiction may be submitted up to 3,000 words, except playscripts and poetry. Entries are welcomed world-wide. Deadline June 30.